Adventures in Germany, Finland, and Russia

A belated review of my big excursions during this semester.

Although I’ve been kept busy by school projects and largely content to enjoy the beauty of Stockholm, I made room for two more trips in addition to FOSDEM. 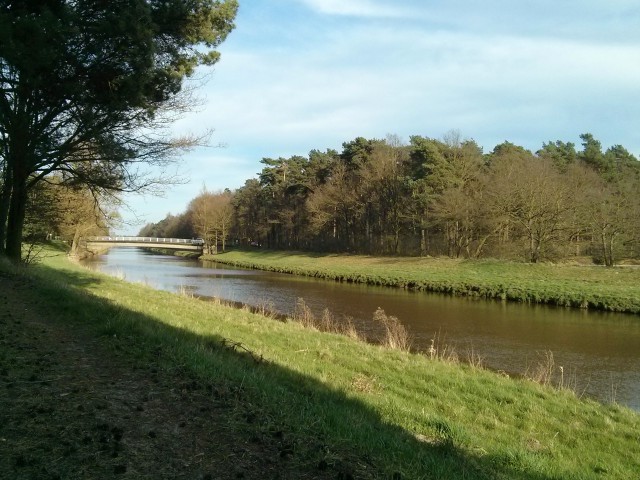 The KTH calendar, as I’ve probably mentioned before, divides each semester into two eight-or-so week study periods, and most courses are taught entirely within one of these. In late March, between the exams of study period 3 and the first lectures of study period 4, I had a relaxing visit with long-time friends who now live in northwestern Germany.

For the way down, I had some time to spare and there weren’t any appealing flight options, so I opted for the train. From Stockholm, it was a 13-hour trip (05:20–18:30), with breakfast while racing across southern Sweden, lunch in drizzly Copenhagen, a train ferry, and several efficient transfers in Germany.

My destination was the lovely Lebensgarten community in the town of Steyerberg—much different from bustling Stockholm. In contrast to Sweden’s rocky forests, northern Germany is flat, green, and (especially in this area) agricultural. I had several nice walks in the surrounding fields and forests, in addition to plenty of good food and company.

Easter is a four-day weekend in Sweden, and I joined a five-day trip to Helsinki and St. Petersburg organized by Bigland.

The schedule, starting from Stockholm, involved two 16-hour overnight ferry trips in each direction. Friday and Tuesday were spent in Helsinki; with a few others, I walked around that somewhat sleepy city and visited the Suomenlinna fortress.

Saturday through Monday, in St. Petersburg, we had a group of about a dozen and a well-organized program to visit some of the major sites:

… and some things I likely wouldn’t have experienced on my own:

… all very cheaply by Western European standards. The weather was wonderfully sunny and warm all weekend.

In a word, my taste of St. Petersburg was one of grandeur—everything from the museums to the metro done in a large and ornate fashion. I don’t know how much this reflects the influence of Russian values relative to that of European (particularly Italian) ones.

The tour company was founded by students, the tours are led by local St. Petersburg students, and exchange students are the primary audience—I made friends with Slovakians, Italians, other Americans, and more within our group on that fun and friendly adventure.